The bombardment went on again this morning, a regular fire beginning at 4 a.m. Jack went round to No.2 Redoubt to see 'Long Cecil' firing, but found that some of the Boer guns were concentrating their fire in that direction, so left it. At 7 a.m. they had it very hotly in the Malay Camp from the guns on the Lazaretto Ridge. In fact, all Kimberley had its share to-day, yet with a surprisingly small amount of damage done. A child was killed; and the mother and another child badly injured. These are all.
Mr Rhodes sat on the verandah of the Sanatorium looking worried, but calm. The worry would be more about other people than himself. The people of Kimberley might be his children! A shell fell on the road in front of the Sanatorium while he was there.
We enjoyed peace - and a smart shower of rain at midday, but bombarding began again at about 4.30 p.m. and the first shell, a shrapnel, burst almost over Jack's head as he was mounting his horse at the door of the hotel. One this morning having done the same in the Main Street.
News by flashlight this evening came in and cheered us up about Ladysmith and Colesberg. Warren and Buller are getting closer and in better positions near Ladysmith and General French is slowly but surely closing in upon the latter. Mafeking, up to Jan 6th 'All well', but still having a hot time. Sir Hector MacDonald has joined the Relief Column at Modder River. So we hope he has the 7th Division behind him and will make things begin to move again.
Abram Fischer fails to arrive in court - 1965
Abram (Bram) Fischer, Q.C., standing trial under the Suppression of Communism Act, fails to arrive in court, forfeits his bail and disappears. He went underground and only recaptured in November to stand trial for conspiring to commit sabotage and being a member of the banned organisation, the Communist Party of South Africa. He was served with life imprisonment. 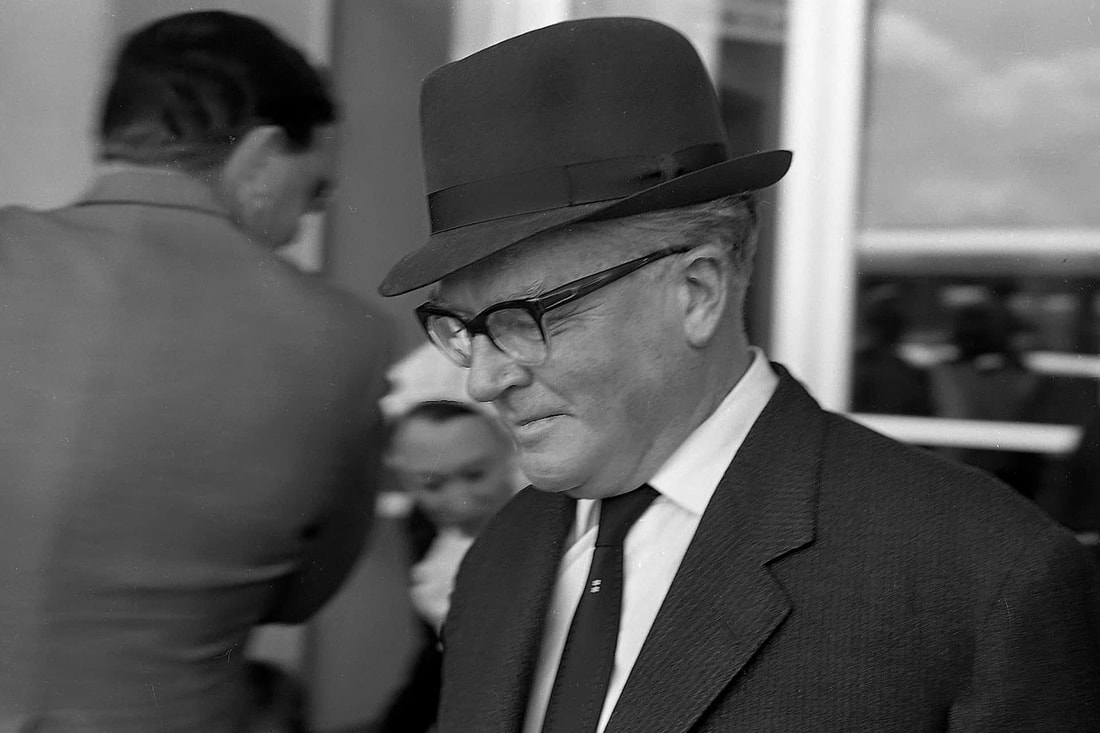