No diary entry for today...
Diamantveld High School opens - 1935
On 28 Monday January 1935, the first Afrikaans-medium High School in Kimberley opened, with Dr JF O'Grady as the principal, four staff members and 51 students. The name was later changed to the Diamantveld High School. The school was established with the help and support of a few pioneers – Dr JR Albertyn, Mr F van Rensburg, Mrs Hendricks, the only two Afrikaans churches and Mr Stander, the Afrikaans-speaking inspector.

It can be said that the establishment of Diamantveld High was the beginning of the Afrikaans culture in Kimberley. The first classrooms were on the top floor of the old residence of the original Kimberley Teachers' Training College. The school gradually increased in size and popularity. On 23 February 1968 the new hall was inaugurated, and on Founders Day, 28 January 2007, was named after the Dr SM Cerff, the second principal.

The original hall, which is part of the main building, was named in 2008, after Mr JP Spangenberg, the third principal. On Founders Day in 2010, the main building was named in honour of the first principal, Dr JF O'Grady. The hall in the Sports and Cultural Centre was brought into use on 29 August 2009, and named after Andre Markgraaff, a former student (1970 to 1974) and one of the sponsors.

​It was a small and humble beginning, but as Diamantveld remained faithful to its roots, it quickly became one of the most famous schools in the country. Many former pupils have made significant contributions around the world.
(Courtesy of Steve Lunderstedt and Kimberley Calls...and Recalls) 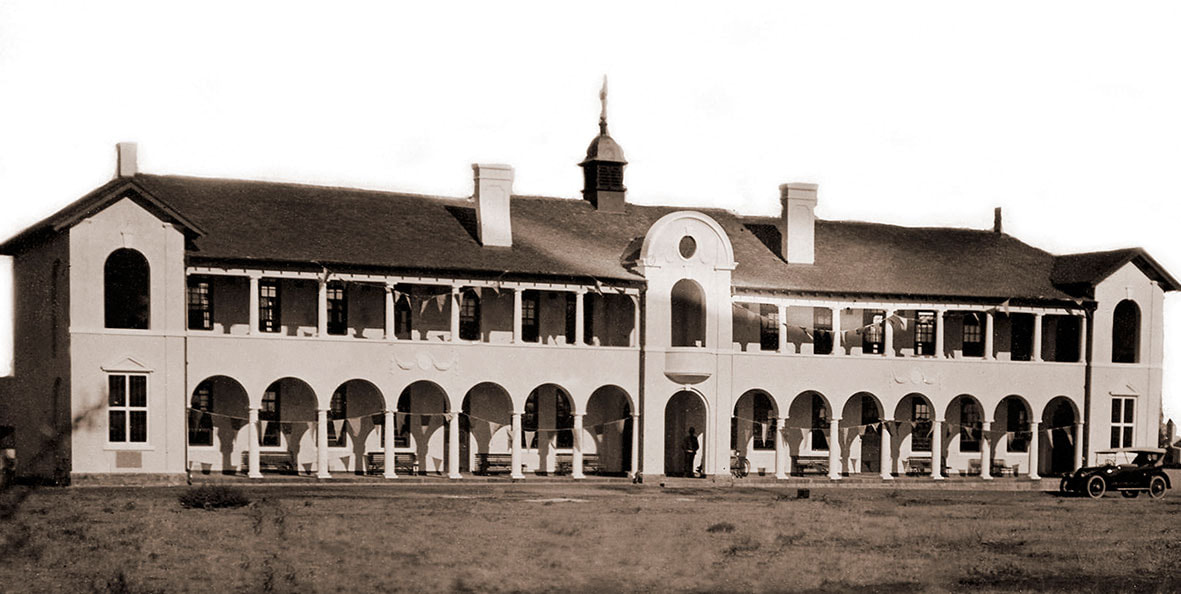