SOLOMON EDWARDIAN GUEST HOUSE
​​​​​​​​​Something happened today in Kimberley's history, but we don't know about it yet...
The Anglo-Boer War starts at 5pm, 1899
Today in 1899 at 17h00, the worst conflict in southern Africa’s history began, repercussions of which are still felt throughout South Africa. Tens of thousands would die, both military and civilian, black and white, from combat, internment and disease. Hundreds of thousands would be affected in one way or another. A minimum of some 1648 blacks would die in Kimberley during the siege alone. Memores uberum eos omnes.
Herewith the Transvaal Ultimatum of 9 October 1899, and Great Britain’s reply of the following day - 10 October 1899.
"This Government ... in the interest not only of this Republic, but also of all South Africa,...feels itself called upon and obliged ... to request Her Majesty's Government to give it the assurance:
"(a) That all points of mutual difference shall be regulated by the friendly course of arbitration, or by whatever amicable way may be agreed upon by this Government with Her Majesty's Government.
"(b) That the troops on the borders of this Republic shall be instantly withdrawn.
"(c) That all reinforcements of troops which have arrived in South Africa since June 1st, 1899, shall be removed from South Africa within a reasonable time, to be agreed upon with this Government, and with a mutual assurance and guarantee upon the part of this Government that no attack upon or hostilities against any portion of the possessions of the British Government shall be made by the Republic during further negotiations within a period of time to be subsequently agreed upon between the Governments, and this Government will, on compliance therewith, be prepared to withdraw the armed burghers of this Republic from the borders.
"(d) That Her Majesty's troops which are now on the high seas shall not be landed in any part of South Africa.
"This Government must press for an immediate and affirmative answer to these four questions, and earnestly requests Her Majesty's Government to return such an answer before or upon Wednesday, October 11th, 1899, not later than five o'clock p.m., and it desires further to add that, in the event of unexpectedly no satisfactory answer being received by it within that interval, it will with great regret be compelled to regard the action of Her Majesty's Government as a formal declaration of war, and will not hold itself responsible for the consequences thereof, and that in the event of any further movements of troops taking place within the above-mentioned time in the nearer directions of our borders, the Government will be compelled to regard that also as a formal declaration of war.
"I have, etc.,
"F. W. REITZ, State Secretary."
The text of the British reply to the Boer ultimatum: Chamberlain to Milner, High Commissioner, sent 10.45 pm, 10 October, 1899:
Her Majesty's government has received with great regret the peremptory demands of the South African Republic, conveyed in your telegram of October 9. You will inform the government of the South African Republic in reply that the conditions demanded by the government of the South African Republic are such as Her Majesty's government deems it impossible to discuss." 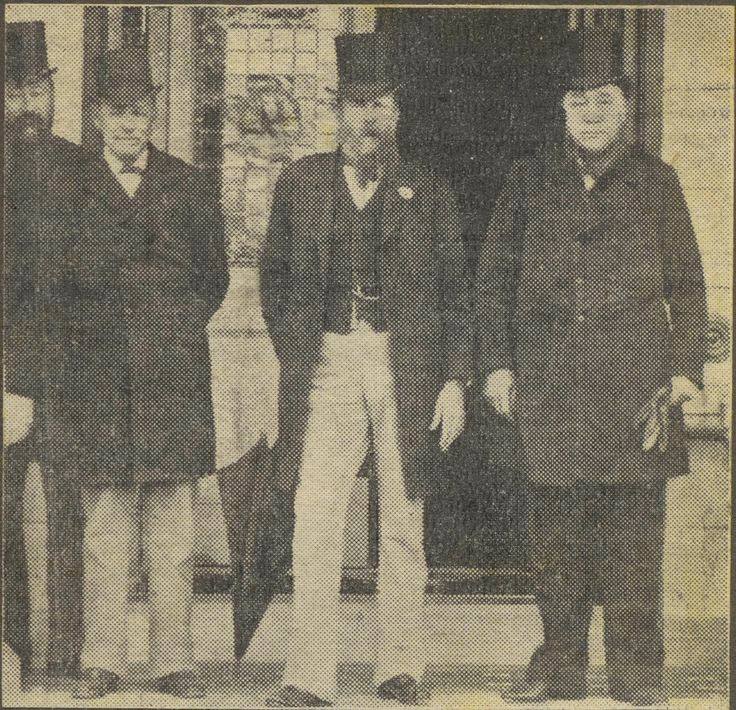