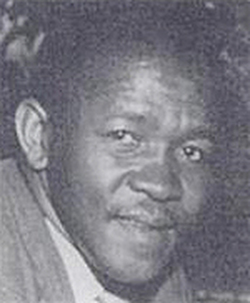 Arthur Elias Letele (2 October 1916 – 20 December 1965) was born in Maseru. He was the son of Elias Letele, an inspector of schools. The family moved to South Africa when he was still a child, settling in Ladybrand.

When he was 14 years old he went to the Lovedale Institute at Alice for his secondary education. He then went to Fort Hare, and then to the University of the Witwatersrand where he qualified as a medical doctor in 1946. 1947 was spent at Lovedale as a GP, and in 1948 he moved to Kimberley. On 12 July 1948 he married Mary-Anne Nombulelo Grace Nkolombe of Cape Town. The union produced four sons and a daughter.

Dr Letele joined the ANC in 1944, and in Kimberley joined the local branch of the ANC, being elected as Treasurer. He concentrated on local politics in Kimberley until 1951 and in September 1952 he joined the defiance campaign. He spent four terms in gaol for his political beliefs, and in October 1952 during the uprising in No 2 was taken into custody on a charge of inciting violence. It was on the Kimberley railway station that Dr Letele led a group of volunteers in sitting on “Whites Only” benches, being arrested and fined £3 or 10 days in gaol. He was also sentenced to a banning order and prohibited from leaving Kimberley until August 1953.

He was elected to the ANC national executive that same year, and in 1955 collected the demands of Kimberley’s Africans for inclusion in the Freedom Charter. He became national Treasurer-General of the ANC in 1955 and was one of the accused in the Rivonia Treason Trial. After the Sharpeville massacre he publicly burned his “Pass” and was taken into custody, being held in various centres including Kimberley. He was released on 19 July 1960 but expelled from South Africa.

He was allowed to visit Kimberley periodically on business matters but remained a member of the ANC executive and represented them on many occasions around the world.

He remained in exile until his death in Lesotho in 1965. Dr Letele was posthumously awarded the Order of the Luthuli in Silver for “…his excellent dedication and excellent work in pursuing the liberation of the people of South Africa and Lesotho above everything, including his own safety.”
Text courtesy of Steve Lunderstedt