SOLOMON EDWARDIAN GUEST HOUSE
Alfred Milner becomes High Commissioner and Governor of the Cape Province - 1897
Sir Alfred Milner became High Commissioner for South Africa and Governor of the Cape Province in 1897. His efforts to gain political rights for the "Uitlanders" (foreigners who flocked to the gold-fields in the Transvaal) heightened growing tension between Britain and the South African Republic (Transvaal).

With his rigid attitude he played a prominent role in events leading up to the Second South African War (Anglo-Boer War 2). He assisted in negotiating a peace treaty that ended the South African War. After the war he became the British governor of the Orange Free State (Orange River Colony) and the Transvaal Colony and was tasked with reconstructing South Africa. To that effect he introduced a policy of reconstruction dubbed "reconstruction under arms".
President Zuma addresses Kimberley crowds 50 days before the 2010 FIFA World Cup begins – 2010
President Zuma gives a keynote address on the occasion of the 50 days to the 2010 FIFA World Cup countdown in Galeshewe Stadium, Kimberley
​
“It feels almost like a dream to say that today marks exactly 50 days to go before the kick-off of the spectacular 2010 FIFA World Cup tournament in this country.That is the moment which we are all waiting for, our maiden showcase for the African continent with the tournament of this magnitude. We have spoken about the year 2010 for so many years in this country that it became synonymous with football and celebrations. But somehow it just seemed to be taking too long to come, until now! The celebration of 50 days before kick off today is a culmination of the efforts of more than a decade of hard work and dedication. We thank the organisers and all stakeholders for their tenacity and distinct character in bringing this tournament here and preparing so meticulously for it. We also thank the people of South Africa for all the initiatives which they are mounting even today, towards the success of this tournament and beyond.” 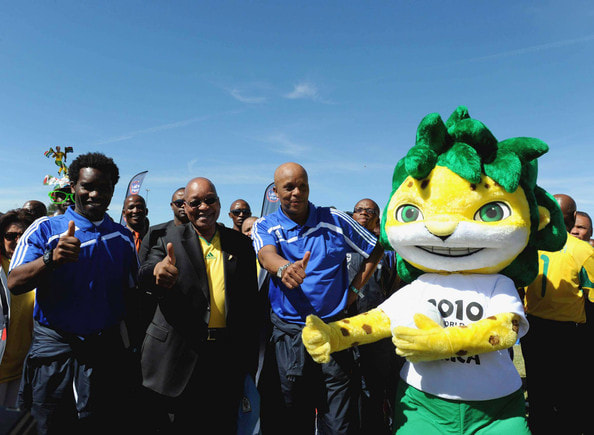