THE SOLOMON EDWARDIAN GUEST HOUSE
.
Mrs Jardine takes over the Queen’s Hotel in Kimberley - 1875
Mrs Catherine Jardine’s Queen’s Hotel at 10 Stockdale Street was considered by most diggers in early Kimberley to be the premier hotel on the diamond fields. Louis Cohen, in his book “Reminiscences of Kimberley”, wrote that it was patronized by the best people in Kimberley, the most successful people. Many well-known people, including Sir Charles Warren, Sir Alfred Milner and Emily Hobhouse, stayed there for a time, while others, including Cecil Rhodes, enjoyed sumptuous meals at the Queen’s. The hotel was for many decades in the elite area of town, Stockdale Street at one stage boasting the SA Perm head office, De Beers Consolidated Mines head office, the Diamond Fields Advertiser offices, as well as the Municipal compound that housed the Fire Brigade. Married to James Jardine, he and Catherine Jardine had come from Scotland to Cape Town and then moved to Pniel during the diamond rush of the late 1860s where she was the proprietress of the Royal Arch Hotel. It was from Pniel that she came to Kimberley when she purchased firstly the Vine Hotel in 1872, and then the Queen’s Hotel in 1875. Originally a single plot double storey building when bought by Mrs Jardine, the hotel trade was so successful that she added another “twin” double storey building in 1882.
An extremely kind and generous person, Catherine was known as “Mother” to most of her patrons, being the “Mother of the Diggers.”
Someone that knew her well said: "When Catherine Jardine came to Kimberley she was a byword for kindness and sympathy. Men turned to her for help and light as to the sun. She was austere in her way and yet could weep when a sad tale was told to her and was ever ready with advice and what help she could give." Mrs Jardine eventually moved back to Cape Town where she ran a boarding house in Seapoint that she named “Teesside Grove”. She later left Cape Town and went back to Scotland where she died.
(Courtesy of Kimberley Calls... and Recalls Facebook page) 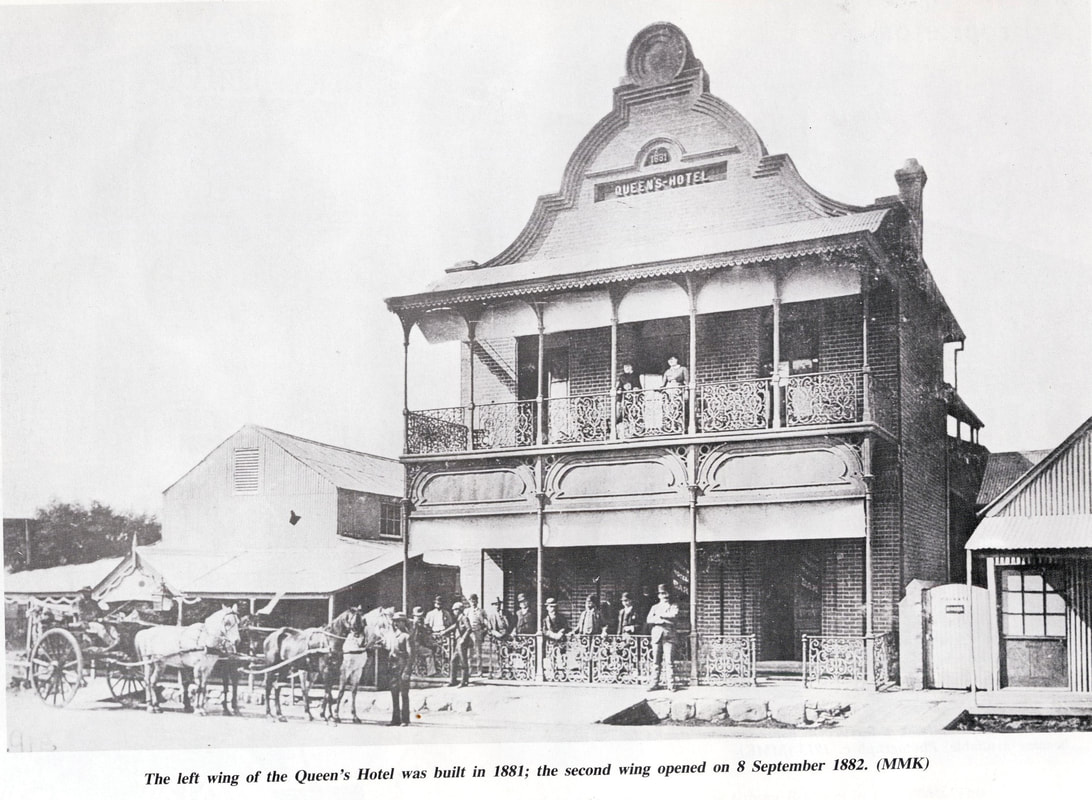 Queen’s Hotel at 10 Stockdale Street, Kimberley
Former Colonial Prime Minister John Merriman dies - 1926
South African statesman and the last prime minister of the Cape Colony before the formation of the Union of South Africa in 1910, John Xavier Merriman, died in Stellenbosch at the age of 85. Merriman was one of only a few members of Parliament who opposed the Native Land Act introduced in 1913, which drastically limited African ownership of land.