SOLOMON EDWARDIAN GUEST HOUSE
​Speech to De Beers shareholders by Cecil Rhodes that sealed the formation of the De Beers Consolidated Mines Ltd - 1888
Below is the speech by Cecil Rhodes to the shareholders of De Beers Mine at the Boardroom on Warren Street on 31 March 1888 following the purchase of Kimberley Central. Once this was approved by the shareholders, the cheque for over UK Pounds 5 million was written,
​
“Gentlemen, in putting this resolution to the meeting I might state that when I said to you last year we had completed amalgamation in De Beer’s Mine we really though that we might rest from our labours. We had the whole of De Beers Mine under our control; there were a few interests left, but we felt so perfectly sure that we should obtain them that we said to you, the shareholders of the De Beer’s Company: ‘The De Beer’s Mine is amalgamated and our labours are done.’ We had what we believed to be the best paying mine of all the diamond mines – we firmly believed this, other statements to the contrary notwithstanding – and we felt as your Board that we were perfectly satisfied with the result of our labours. But a change came over our scene. We obtained new managers and new engineers, who pointed out to us…that by a system of underground working there was practically no limit to our production…we felt we were only just beginning diamond mining again…the same engineers who told us this, also informed us that Kimberley Mine could yield the same result, could put out almost the same number of loads. It was a simple question of sinking shafts, continuing tiers of galleries, one under the other – what might be called constructing one house under the other – and the capacity of the output was practically unlimited…What had we to face? One of two things: either an arrangement with Kimberley Mine, or the control of Kimberley Mine; otherwise so far as I was concerned, I should have sold my shares and gone home…we approached the controlling powers in Kimberley Mine in every possible way that you could conceive. I valued De Beer’s Mine at a great deal higher than they valued it; but I was willing to give way in everything, to accept market rates in order that we might obtain an amalgamation which meant control, which meant the saving of our industry. Gentlemen, I was met simply with smiles and the most obdurate statements…”

“You know the story of my getting on board the steamer at Cape Town, going home, and buying the French Company within twenty-four hours, and the excitement caused thereby. But it was only the beginning of the matter. When we had bought and placed a value on the French company, immediately the controlling spirits of Kimberley Mine declared it was worth more, and competed against us. The process had to be gone over again, and someone had to hurry across the water and once more deal with the same facts. But to make a long story short, by fair discussion – and I may say so, whatever outsiders may contend - by fair discussion I was able to settle with the Kimberley company in so far as the French Company was concerned, and the settlement finally obtained by me was in a great measure due to the action of Mr Barnato. But I only succeeded by the following arguments: I told them, you can go and offer £300 000 more for the French than we can do, but we will offer another £300 000 on that; you can go on and bid for the benefit of the French shareholders ad infinitum, because (I said to them) we shall have it in the end, as we consider it is of vital importance that we should obtain the control of the Kimberley Mine.

“All we possessed was a fifth, but a fifth is a beginning; and after a good deal of consideration, in which, I must say, Mr Beit of Jules Porges & Company was of the most material assistance, we decided one morning that we would buy a sufficient number of Kimberley Centrals to give us control. That was a big undertaking, and meant two or three millions of money. But we said, ‘If only we have the pluck to undertake it we must succeed. Don’t let us go to the shareholders. If we fail they can only make us personally liable!’ I said at first, ‘Where’s the money to come from?’ But Mr Beit only said, ‘Oh, we will get the money if we can only buy the shares.’”

“…gentlemen,” Rhodes continued, “in your speculations in De Beer’s shares, you do not know the risks you have been through. It was not until we decided to buy a controlling interest in Kimberley Mine that we were safe. Well, Mr Barnato settled the matter at last. He yielded finally…(and) settlement gave us control of the Kimberley Mine…our ambition is to make it (De Beers Consolidated Mines) the richest, the greatest, and the most powerful company the world has ever seen.” 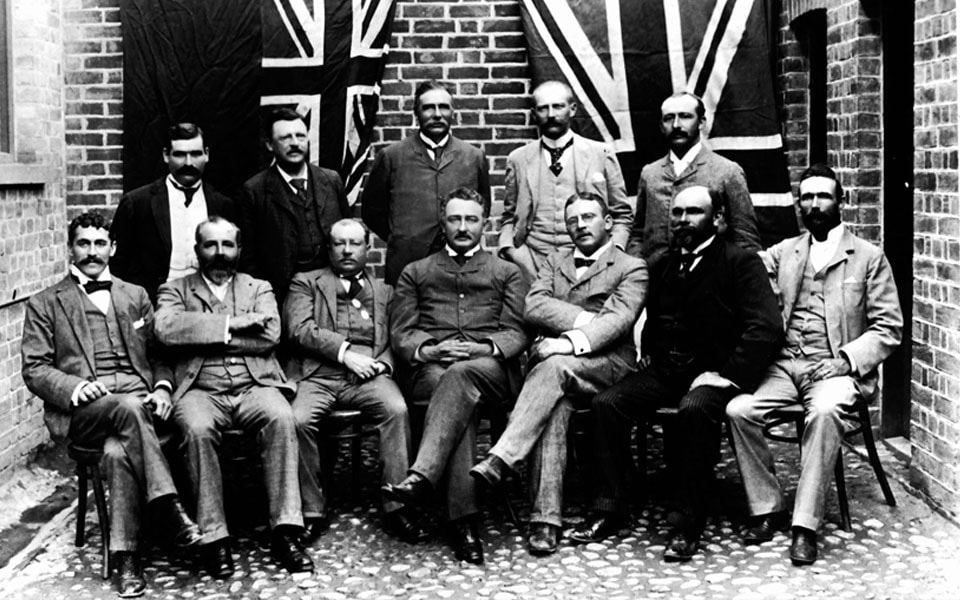 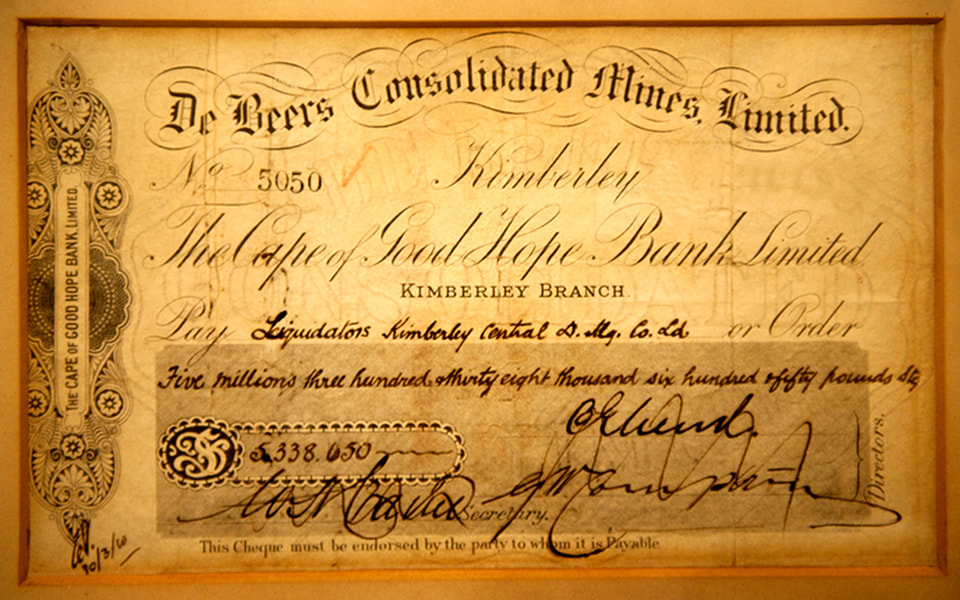